About Paint the State

Paint the State is a program of the Montana Meth Project. Initially launched in 2006, this statewide public art contest leverages the creativity and passion of Montanans to communicate the risks of Methamphetamine use. Hundreds of monument-sized public works of art have been created in all corners of the state with the “Not Even Once” message. 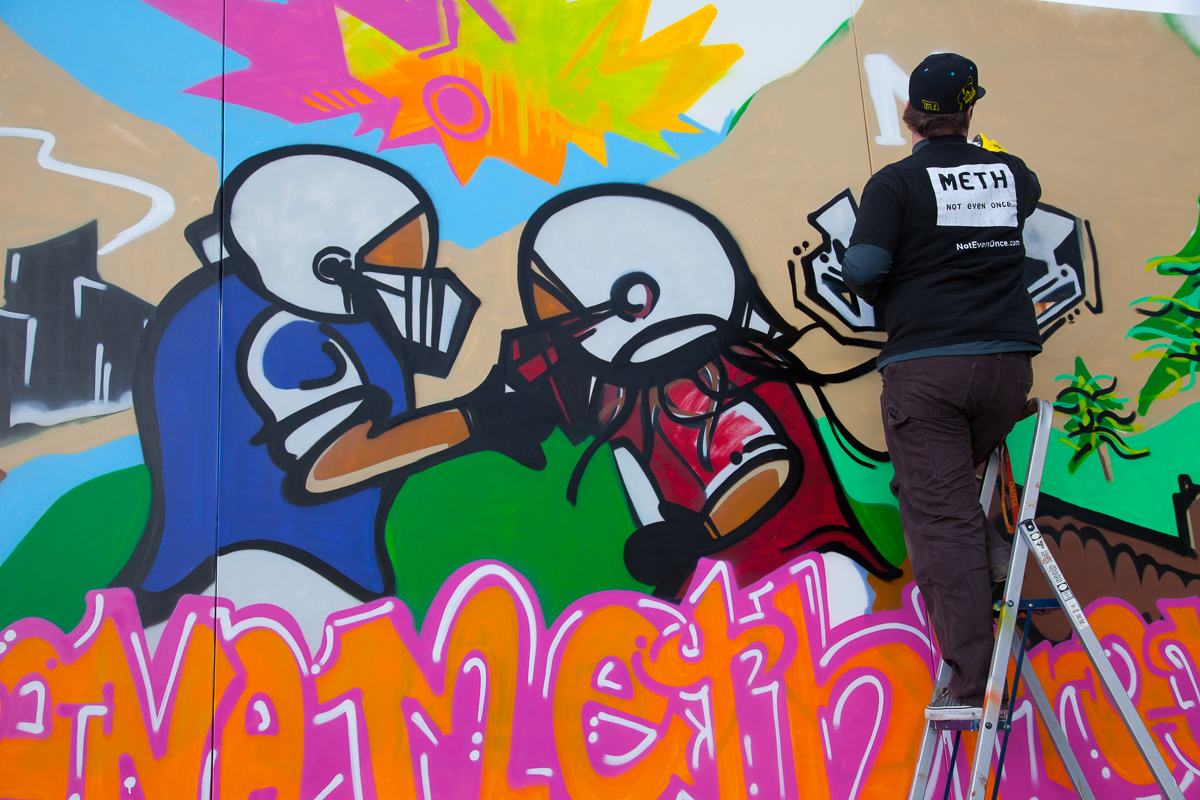 Unfortunately, Meth continues to threaten lives and Montana communities. Today, Meth is more available and more addictive than ever before. Meth addiction destroys lives, families, and communities. It is Montana law enforcement’s No. 1 problem, according to the Missouri River Drug Task Force.

The 2023 Paint the State contest aims to:

About the Montana Meth Project

The Montana Meth Project was founded in 2005 with the mission to reduce first-time teen Meth use. Through public service messaging and community outreach programs, the Meth Project arms Montanans with the facts about Meth. The nonprofit remains the only organization in the state solely charged with reducing Meth use. Learn More

Meth destroys the body and can cause rotting teeth and gums, organ failure, heart attack, and stroke. Meth use also drastically changes the brain and can lead to depression, paranoia, violent behavior, and other serious mental disorders.